If you're looking for a mess-free activity for kids that's quick to set up, ice volcanoes are probably not for you. BUT if you're looking for some fun, messy science that your kids will LOVE, this activity is a good one. All you need for this play recipe is baking soda, water, vinegar, and food coloring. The supplies you need for making ice volcanoes are small bowls, balls that will sink, plastic wrap, and some room in the freezer. 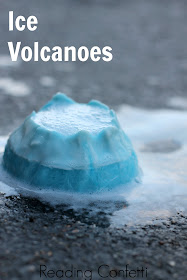 Bolstered by the success of his frozen s'mores, my husband came up with another idea for the kids: ice volcanoes. I guess he now considers himself more of an idea man, because the actual planning and executing were up to me.  After a few failed prototypes, I did come up with a way to make them. It's messy, but the results were totally worth the effort.

I started with small bowls and placed a golf ball in the bottom of each. Any ball that fits into the bowl and doesn't float will work fine. I lined each bowl with plastic wrap so that the golf ball was underneath and the plastic came up over the sides. 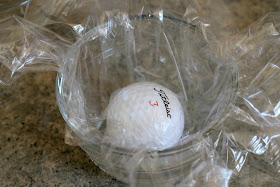 Next I filled the bowls with a mixture of water and baking soda. I didn't measure, but if I had to guess I'd say it was about a third baking soda. I also added food coloring. Make sure you pour enough of the mixture in so that it covers the ball or you'll end up with a hole through the middle of your ice volcano. 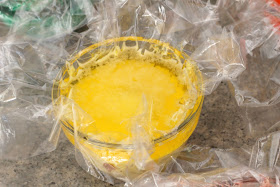 Once they were frozen, I let them thaw a little, pulled the plastic wrap off and pried out the golf ball. This was the tricky part. I had to use a butter knife to get some of them out and I didn't necessarily get out all the plastic wrap either. The ones that had been sitting out longer were easier to do. 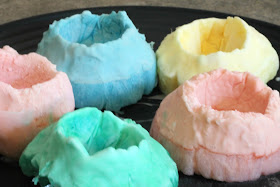 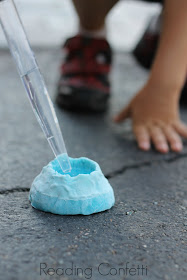 and watch them erupt. 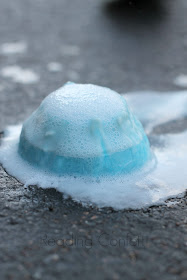 Not only was the reaction fun, it was also fun to play with the melting volcanoes. 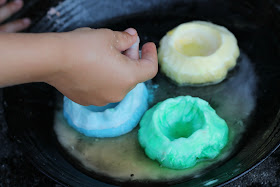 In fact, the kids couldn't keep their hands out of them. 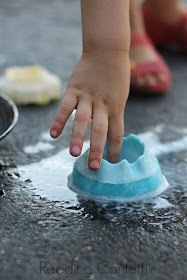 They lasted quite a while so we were able to use them over and over again. 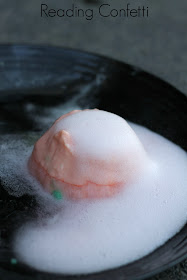 Before we had even finished, the kids were talking about making more. My 13 year old stepdaughter was as interested as my preschoolers, so I think ice volcanoes are a great science activity for just about any age. 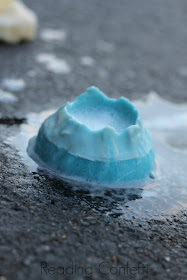 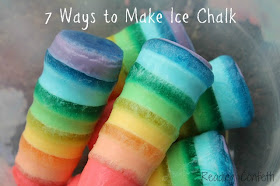 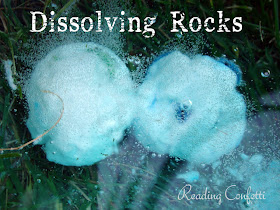