These number recognition games are simple, don't require any fancy materials, and my preschoolers love to play them: 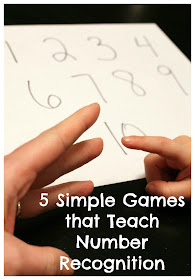 1. Grab two dice and a piece of paper with the numbers two through twelve written on it. Roll the dice, count all the dots, and circle each number until you've rolled them all. 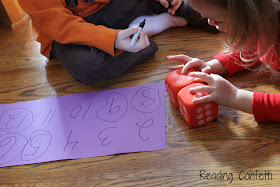 2. The only things you need for this game are two players, paper, and a pencil, so it's great when you're waiting somewhere. It's like the rock paper scissors game except we say, "Rock, paper, number!" and each player holds up as many fingers as they want. Then we count all the fingers and point to the correct number written on the sheet of paper. (You could also practice writing the number together.) 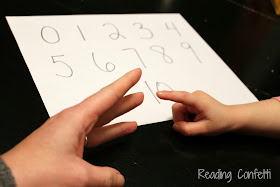 2. Put simple paper cutouts numbered one through six on the floor. (I cut them into different shapes from different colored paper so we could review shapes and colors at the same time. Plus it's easier to give clues if they're not sure of a number.) To play the game, the child rolls a die, counts the dots, and stands on the corresponding number. 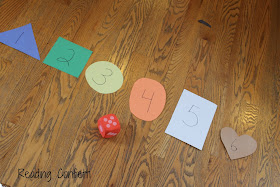 4. This is the same idea as the Valentine math except we've also used ladybug shapes and chocolate chips. My kids would play this fifteen times a day if I'd let them because of the chocolate. Blueberries would work too, if you want a healthier option. 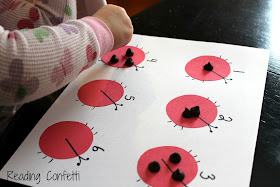 5. Labeling. I write numbers on office stickers and we label things around the house. For example, we put "12" on the dozen eggs in the refrigerator, "2" on a pair of shoes, etc. 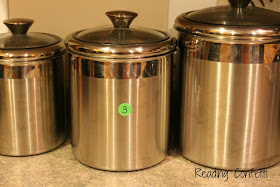 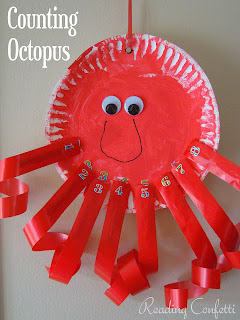 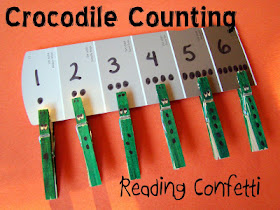 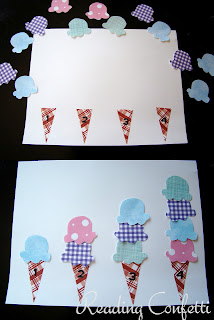